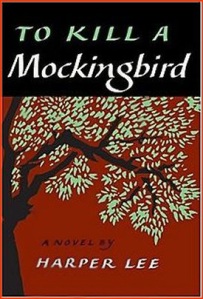 “Harper Lee is going to release a second book!”

Those nine words were enough to set the literary world on fire when they were announced this past Tuesday and here in the South, the impact of that statement would rank somewhere between the discovery of a second Colonel Sanders fried chicken recipe and the second coming of Jesus Christ.

I had phone calls. I had emails. I had a text from my mother. I emailed Mrs. Hilderbrand, my High School English teacher, who is probably proofing this article at this very moment. Twitter went berserk. This was big news and everyone from hack writer to Pulitzer Prize winning author began to spin their craft, each one with their own unique take from this news.

First of all, it has been a well-established fact that Harper Lee was never intended to have a second book. Her first missive, “To Kill a Mockingbird” pretty much said everything that she ever wanted to say according to the rare interviews she had given over the years. Once it went “viral” or whatever that may have been called in that time, she pretty much retired from authoring anything else, leaving her readers hungering for more.

That first, and up to now, only book ever published, came out in 1960 and became a runaway bestseller. It won the Pulitzer Prize. It became one of the definitive novels of the deep South and it soon became a part of that small and rarefied group of books considered to be among the greatest of all the American novels.

It was required reading for school children around the age of 13 and 14 years old, myself included. Out of a list of books required for summer reading between my eighth and ninth grade school year, it quickly became the favorite of the list…in fact, it just became a favorite, period.

That book, more than any other, exposed me to the fluid writings of southern authors, who could paint so easily with words a picture of places and folks that I could relate to, with similarities much like those of the small Georgia town where I was raised.

Complete with colorful town characters, old homes with large porches that friends and families gathered on, the predominance of the church and socially accepted behaviors of the time, both good and bad, this book spoke to the inner southerner inside of me while calling to light the attitudes of a time when racial equality was nonexistent.

This disparity existed not only between the educated ruling class and the hardworking minorities, but between the minorities and the poor, illiterate “white trash” that is still very much a part of our society today. “Mockingbird” held all of this up to the light, waging a battle between good and evil, justice and injustice, ignorance and illumination.

Atticus Finch, the town lawyer who stood virtually alone against this injustice is one of my great heroes of literature and I even named our family cat after him. Books like this one opened the mind while engaging the spirit. Those of us who read this book (more than once I might add) always labored under the firm belief that this would be the one and only offering we would ever receive from this shy, reclusive Southern lady of Monroeville, Alabama. None of us saw the second coming of Harper Lee.

For a writer to sit on the sidelines and say nothing about what will probably be the biggest literary event of my lifetime would be akin to Herschel Walker sitting on the bench during the game in which Georgia won the SEC championship in 1980. Every writer, aspiring and established, wants to add their voice to the chorus and I am no exception to that. Harper Lee was going to publish a second book…or would it actually be the first book?

Since the news came out, the bright light that came with it has dimmed just a bit in the wake of a whirlwind of rumors and speculations about the true intentions of Lee, the veracity of the book itself and what effect it might have on the legacy that “Mockingbird” will leave to the world.

Lee, who is now 88 years old as of this writing, was pretty firm over the years in stating that her published tome had said all that she wanted to say and that she would publish no more. She never sought fame and fortune, yet both came to her and she shied from it as her alarm grew at how popular the book was. 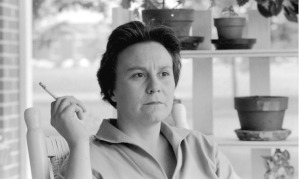 In 1964, Lee was quoted as saying “I never expected any sort of success with Mockingbird. I was hoping for a quick and merciful death at the hands of the reviewers but, at the same time, I sort of hoped someone would like it enough to give me encouragement. Public encouragement. I hoped for a little, as I said, but I got rather a whole lot, and in some ways this was just about as frightening as the quick, merciful death I’d expected”.

Statements like these, coupled with her advanced age, and the effects of a stroke she suffered in 2007 have opened the doors to a great deal of speculation and suspicion from the inevitable fan following she achieved. Those fans have spent the last half century trying to discern any new meanings that could be derived from her writings, speculating on every word and nuance. The mystique she created by publishing that one and only book just added fuel to that burning fire of literary desire.

The circumstances of the novel’s “rediscovery” after nearly sixty years of being lost in an archive of her materials may someday be worthy of a novel in itself. The new book, “Go Set a Watchman” was actually penned before “Mockingbird” and according to what Lee is purported to have said, was a first effort that led to the creation of her published work in 1960. Set two decades after the events in “Mockingbird”, the book centers around the return of an adult Scout to Maycomb, Alabama to visit her elderly father, Atticus. Parts of that book led Lee’s editor to suggest a rewrite from the perspective of Scout as a child and that rewrite became the book loved by millions today.

The sudden appearance of the original manuscript of “Watchman” and the surprising decision by Lee to release it as a sequel to “Mockingbird” has drawn concern that the work might not have been Lee’s, that she might not be in her right mind in agreeing to release it and, of most concern to many, is that it might not be a worthy effort. It is, after all, the work of an author who was then unknown, unestablished and likely has a few rough edges. Some worry that if it in any way discredits Lee or dispels that mystique that surrounds her, that the legacy of Mockingbird may somehow be permanently damaged.

I say that is crazy and here is why I feel that way.

Even if the book turns out to be nothing more than a vivid portrait of the process of exegesis by which she wrote her greatest and only sermon, it is worth the opportunity to peer into the mind of this fascinating author. It may have rough edges and there will surely be parts that will seem repetitive of “Mockingbird”, it being the gene pool from which much of that book was drawn.

I really don’t care. I have spent the last 35 years believing that I had heard the final word from Harper Lee and suddenly there will be a little bit more to hear, hopefully new and revealing. I do sincerely hope this is truly what she wants and that others are not trying to take advantage of her. I hope that something in her has finally decided that as she nears the end of her life, that there was a bit more to be said and she is now ready for it to be said. We admire the art works of Rembrandt and Michelangelo, but who wouldn’t love the chance to see their sketchbooks that led to their master works?

One quote from “Mockingbird” that I have always remembered is “You never really understand a person until you consider things from his point of view… Until you climb inside of his skin and walk around in it.”

I hope with the publishing of “Watchman” to get one more chance to see things from the remarkable viewpoint of Harper Lee. God bless her.

7 thoughts on “Go Set A Watchman”