FRIDAY, June 17-As hard as it is to imagine, McIntosh State Bank, a pillar of the Jackson and Butts County community for 47 years shut its doors today at 5pm, bringing to a close an era of community banking that may not ever be seen again. The decision was not by their choice but rather, a decision made by the Federal Government and they did not go gently into that good night. For the past few years, “The Bank”, as it was known in Jackson, and its employees worked tirelessly, doing everything in their power to strengthen McIntosh in the face of ever-changing federal requirements and economic uncertainties that unfolded as time went on. The measures undertaken by them to prevent this from happening were herculean but in the end, despite their best efforts, it wasn’t enough to satisfy the regulators who closed its doors today. It is a sad ending to a lifetime of community service and while the event of closure will fade in time, the decades of positive impact the bank had on the community should not go unmarked. It is with this mind that I write this tribute and I hope that the people who knew “The Bank” and the employees who worked there will choose not to focus on the end but instead will remember all the positive differences that McIntosh State Bank made in the life of this community.

The Bank was founded in the 1960’s by a group of local Jackson businessmen who had become deeply concerned about the future of the Jackson community and its need to have a locally owned and operated hometown bank. The other bank in town, the Jackson National Bank, was being bought by a large corporate bank that later became C & S, then NationsBank and finally the Bank of America. These men had built their own businesses from the ground up and they wanted the money that they made and deposited to be reinvested in the community and not distributed all over the country. More than that, they wanted to make sure that local citizens had a place to turn to that they could have confidence in depositing their money and that when they needed help or loans, that local people would be the ones making the decisions and not some committee far removed from Jackson and the needs of its people. A locally owned and operated hometown bank was the answer to that problem and from their resources and those of other local families that bought stock in the bank, it was capitalized with $500,000.00 and opened its doors in September of 1964. These businessmen, which included my grandfather, George W. Caston, along with M.W. Carmichael, Wayne Barnes, Rufus Adams, Doyle Jones, Ezra M. “Brerr” McCord, William Shapard (President and later, Chairman) and Candler Webb formed the original Board of Directors and are pictured in the photograph to the left, along with Vice President Henry Asbury, on opening day at McIntosh State Bank.

In the 47 years since that day, McIntosh State Bank operated under the belief that if the community invests in the company, then the company must reinvest in its community and it has been a friend to the community of Jackson and Butts County throughout its entire existence. My earliest memories of “The Bank” revolve around their legacy of community service and they led the way in giving back to their community. Every year, they turned their facility over to the local civic clubs to host the local fund drive for the Jerry Lewis Labor Day Telethon; they sponsored school events in all the area schools; donated to community causes and hosted community education forums and seminars to help inform the public about personal finance and money management. Throughout the years, the name of our community Bank appeared on scoreboards, yearbook ads, school newspaper ads, local sports brochures and many thousands of little Jackson High School footballs thrown out at many a football game. In just about any event that any organization needed some sponsorship funding, McIntosh State Bank was there for them. Untold hundreds of children have grown up in the local Recreation Department ball teams with the name of McIntosh State Bank stenciled on their jerseys and shelves all over the county hold trophies that was paid for by The Bank so that every child would have one. They were part of the fabric of this community and no one else has ever matched their love of this community or their generosity of spirit in giving back to the people that had placed their trust in them.

When they branched out to other communities like Monticello and Jasper County, Locust Grove, McDonough and Henry County, they did just as much for those communities as well. They have contributed time, money, staff and resources towards improving the lives of the citizens in every county they served, our own longer than anyone else’s. Several years ago when the Chamber Director and I were chairing the drive to raise a half a million dollars to help Butts County get a matching grant for the construction of a satellite college campus for the local technical college, McIntosh State Bank was one the top three most generous business benefactors and they led a few others towards giving generously as well. I can honestly say that had it not been for McIntosh State Bank, the local campus of Southern Crescent Technical College might have never become a reality.

They were present at every ribbon cutting the Chamber ever orchestrated and helped hold every ribbon strung across a door. They were there for me and many others when we got that first car loan and they celebrated with you when you got your first loan to buy a new house-and they made sure you didn’t overextend yourself in the process. If you look back over nearly five decades that they have been in business, you will see that McIntosh State Bank had meaningful, significant impact, on the many lives it touched and in so many positive ways. They were, for a very long time, the economic engine that drove this county, by its stewardship over the money of their depositors and by reinvesting that money locally into loans that grew new businesses, expanded existing companies, created homeownership and kept their community moving forward in a positive direction. Moreover, they created a lot of jobs for people over the years and many successful business people cut their teeth in business working for McIntosh along the way. It may take some time but the community will eventually realize the significant loss that the departure of McIntosh will have in so many areas.

Much will be said about “The Bank” in the weeks and months ahead and a few people will say things to try and detract from the positive force that it was in Butts County. The loss of McIntosh will be discussed and debated over morning coffee circles for some time to come but it wasn’t lost through incompetence, malfeasance or greed-it was a victim of a vicious economic cycle that has swallowed dozens of other banks, hundreds of companies and hundreds of thousands of homeowners. In the midst of what Chairman William K. “Pete” Malone once called “The Perfect Storm”, it stayed the course and held on far longer than most by the sheer will, determination and perseverance of its leaders, its directors, its employees and its depositors who continued to believe that the economy would turn the corner before all possibilities had been exhausted. When the various Washington administrations announced programs to help banks weather this storm and they sought this help, they were turned away by those indifferent administrations and told that federal relief funds were for the big banks that could not be allowed to fail and that the small community banks were on their own. That was over two years ago and they pushed on anyway, meeting each demand laid at their door by the federal government, succeeding each time to meet their requirements even as the regulators kept changing the rules and setting the bar higher almost monthly. Finally, when they could wring no more from The Bank, the regulators decided that enough was enough and they took possession of something our community built from the ground up and gave it to outside interests to come in and stake their claim. With this decision, local banking owned by local people exists no more for the people of this community.

To the Chairman, Pete Malone and the President, Bruce Bartholomew, as well as Charlie Harper, Kim McMichael, members of the board and all the employees who worked long hours, sweated over countless details and hung in there, not for a paycheck but out of a sense of obligation to their communities, you deserve the thanks and the praise of all the citizens who you served and the gratitude of a community that would not be where it is today were it not for your efforts and those who came before you. We can only welcome the new owners and hope they want to maintain that hometown feel provided by the current bank employees… and to “The Bank”, thank you for all you have done to make our lives better and make this community stronger. We wish we could have done more for you but in the end, all we can do is make sure that what you have done for us is never forgotten.

All rights reserved. No portion of this may be reproduced for publication without consent. For more information, contact mbrewer@theliteratepen.com 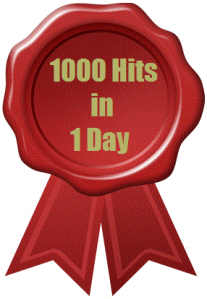